Picking A Domain Name – How Important Is It?

Home / Increase Traffic/Picking A Domain Name – How Important Is It?

Picking A Domain Name – How Important Is It?

Picking A Domain Name – They Are More Important Than You Know.

Picking a domain name, like https://www.blackhostingsolution.com are the addresses of sites on the World Wide Web hence you have W W W. Now listen, picking a domain name and registering it are two of the most critical phases in your site plan. At I Need Traffic, I show you how to do both in an effective way.

Now when you type in www.blackhostingsolution.com, well you pretty much know where you’re going to end up. You will end up at blackhostingsolution.com, but your computer doesn’t know that. It actually can’t go to a named site. Instead, it asks a domain name server, referred to as DNS, to translate that name into a computer-friendly IP address. This address is a set of numbers that the computer uses, so basically, it’s like getting into an airplane and telling the pilot that you want to leave from New York to California. They ask you which airport and you tell them and they get you to California. This works pretty much the same way. 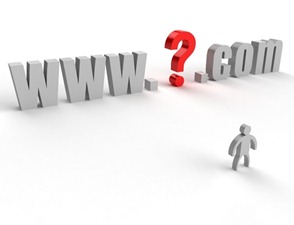 Now, a domain extension is the final letters at the end of your Internet domain address. It’s known as the top-level domain. You must know this when picking a domain name.  Some people call it the TLD. They are called top-level because you read Internet addresses from right to left and the part after the last is basically the highest that eventually leads down from the Internet as a whole. It lets you know the particular computer you’re going to, so there’s a whole bunch of different Internet extensions. Some of the most common ones are .com, .net and. co. This is very important to know when picking a domain name.

Pitfalls Of Picking A Domain Name

Now the problem with the newer domains is that the general public identifies old standards with reliability, such as .com and .net and basically when you look at other versions of those domain extensions, you pretty much look at them as misprints or typographical errors. When picking a domain name, you don’t want people to think that your domain name is a typo. Though you see this often because people want to be relevant to the misspellings, this is very ineffective SEO. Dotcom is the most popular domain extension. Of the term .com has come into the leak, your usage is meaning an Internet-based company. 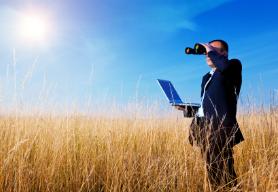 Now the funny thing about all of these TLDs is that there is no requirement in many cases for people to use any of them in the manner for which they were intended.

For instance, some sub plenty of nonprofit organizations have .com addresses and quite a few .net’s have nothing at all to do with ISPs. Some of the new TLDs like .museum have stringent requirements. If you’re not a museum, then you can’t get a .museum address. When picking a domain name the most important thing for you to do is make sure that the name is as relevant to your keyword in every way possible.